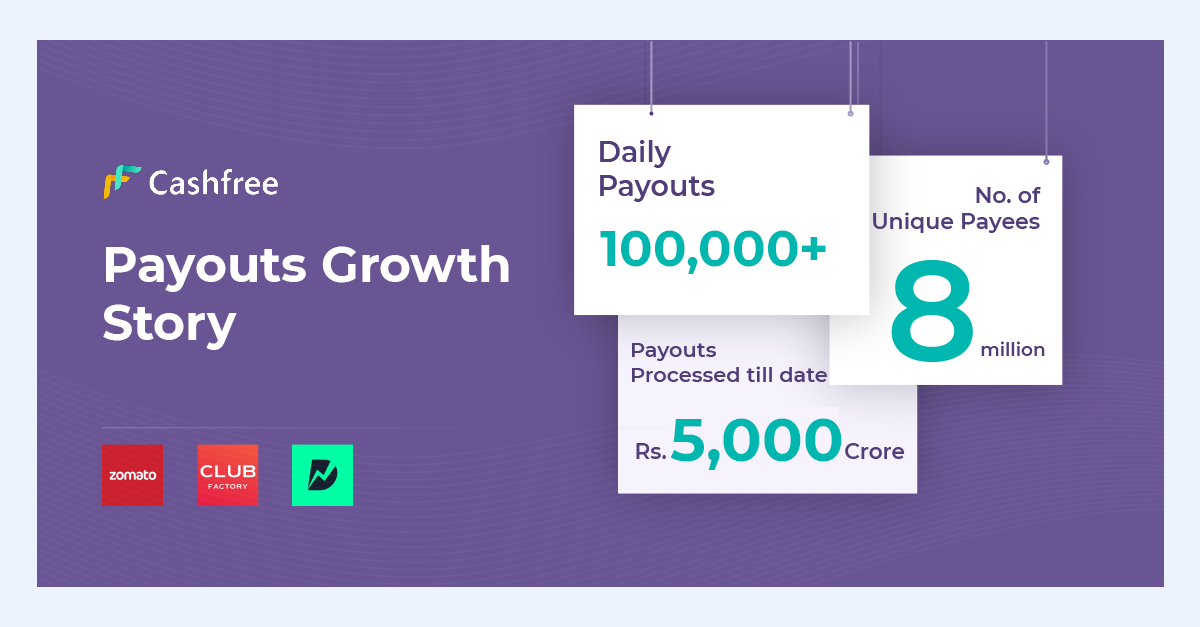 A few weeks back, Payouts hit 100,000 daily transactions for the first time. Throughout most of last year, 100,000 transactions daily was a distant dream, let alone processed through just one of Cashfree’s products.

Achieving that milestone within 2 years of launch and being the leader in bulk disbursement feels wonderful and worth sharing.

We decided to build Payouts after launching a payment gateway for 2 reasons — firstly, we strongly disliked the internet banking portal(s) we had to use. We were fed up with manually adding beneficiaries, uploading 16 column Excel files which always showed errors and transaction reversals without intimation.

We got excited about the opportunity when we realized it was possible to route money to other bank accounts using an API. Banks opening up their APIs is probably the biggest shift in Indian fintech in recent years (More on that later). However, this made a bulk disbursal product a real possibility and we got working in mid 2016. The initial idea was to have a Payout offering along with the payment gateway for businesses that needed both.

It took us about 6 months to start processing real transactions and go live with early customers, a few of whom were already using our payment gateway. This was the first time an internet business was using a third party apart from their bank for bulk disbursals. The early customers knew what they wanted and their feedback shaped Payouts.

Growth was a bit slow initially but we picked up after getting into Y Combinator, doubling Payout volumes every month for a long time.

Fast forward to present day, we’ve sent money via Payouts to 0.5% of all Indian bank accounts. Listening to customers, we’ve added Payouts via UPI, PayTM, Visa and Mastercard to our network in addition to bank accounts. Products built on Payouts have been well received. Cashgram, for instance, launched as a refund processing solution, is being used by businesses to pay users cashbacks and rewards, disburse loans or simply collect account details while onboarding.

Starting by selling to startups, we now have internet unicorns like Zomato, international companies like Club Factory and even public companies using Payouts.

We’ll embark on our next phase of growth for Payouts with a few product upgrades we plan to announce soon. We are gunning for 500,000 daily Payouts.